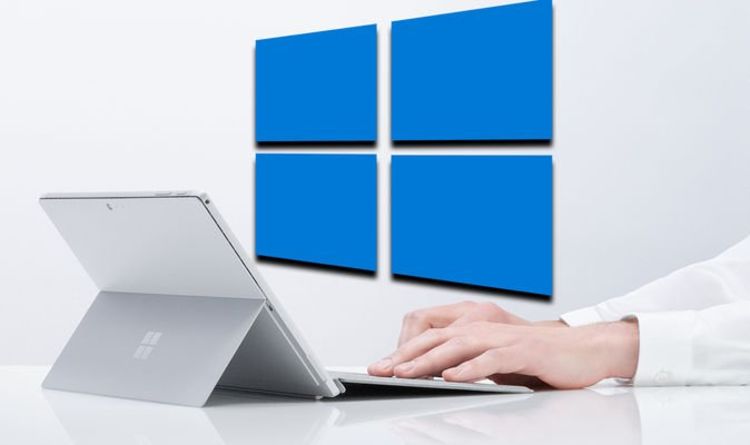 Windows 10 has been granted a new Microsoft update that brings a number of huge improvements for fans to get excited about. Here’s everything new for Windows 10.

Windows 10 is Microsoft’s computer operating system that is used by over 800 million devices across the globe.

Although Microsoft is expected to release another souped-up version of Windows 10 later this year, that hasn’t stopped the tech firm working on improvements that will debut in 2020, too.

In fact, the Redmond-based firm has already released several preview builds of Windows 10 version 20H1 – the first huge update for the operating system expected in 2020.

Microsoft recently released a new preview build of 20H1, giving fans an early look at some of the new features it’s working on.

Dubbed 18985, the software improves Bluetooth pairing by ensuring the user no longer needs to go to their device’s Settings app to finish connecting a new device.

Moreover, Microsoft has insisted pairing should be done faster on 20H1, too.

Secondly, the tech powerhouse is making it easier for users to sort through new updates.

More specifically, it was noted all optional updates will now be listed on a new page within Microsoft’s Windows Update service.

Explaining the alteration in 20H1, Microsoft said: “As some Insiders have noticed, we’re working on making it easier for you to see all optional updates (including drivers, feature updates, and monthly non-security quality updates) in one place.

“For drivers, you no longer need to browse Device Manager for a specific device to update. Windows Update will automatically keep your drivers up-to-date, same as before, but if you’re having a problem one of those optional drivers might help.”

Now, users are able to edit multiple photos within a single window and zoom in on screenshots.

In early April, we announced enhancements to the Windows update process to improve the user experience with more control, transparency, and the initial availability of the Windows 10 May 2019 Update through the Windows Insider Program’s Release Preview ring to focus on and improve quality. Based on positive data and the feedback we’ve seen from this longer preview phase; I’m pleased today to share that we are beginning to make the Windows 10 May Update available.

We will be taking a measured and throttled approach, allowing us to study device health data as we increase availability via Windows Update. This post will provide details on how you can get the May 2019 Update, including update options.

I’ll also cover how commercial organizations can begin targeted deployments and offer insight into how we’re increasing transparency with the full launch of the new Windows health dashboard.

Beginning today, the May 2019 Update is available for customers who would like to install the latest release. If you are ready to install the update, open your Windows Update settings (Settings > Update & Security > Windows Update) and select Check for updates. Once the update appears, you can select Download and install now. (Note: You may not see Download and install now on your device as we are slowly throttling up this availability, while we carefully monitor data and feedback).

Once the download is complete and the update is ready to install, we’ll notify you so that you can pick the right time to finish the installation and reboot, ensuring the update does not disrupt you.

This new ‘Download and install now’ capability is available for devices running Windows 10, version 1803 or version 1809 that also have the May 21st updates (or later) installed. For more information on the new user update controls and how to get the May 2019 Update.

For Windows 10 devices that are at, or within several months of reaching, end of service, Windows Update will automatically initiate a feature update; keeping those devices supported and receiving the monthly updates that are critical to devise security and ecosystem health.

The Windows 10 April 2018 Update (Windows 10, version 1803) will reach the end of service on November 12, 2019 for Home and Pro editions. Starting this June, we will begin updating devices running the April 2018 Update, and earlier versions of Windows 10, to ensure we can continue to service these devices and provide the latest updates, security updates, and improvements.

We are starting this machine learning (ML)-based rollout process several months in advance of the end of service date to provide adequate time for a smooth update process.

Semi-Annual Channel released for commercial customers
With today’s release of the May 2019 Update (Windows 10, version 1903), IT administrators should begin targeted deployments to validate that the apps, devices, and infrastructure used by their organizations work as expected with the new release and features.

For information about the latest features for commercial customers, see What’s new for IT pros in Windows 10, version 1903. For specific information on what’s new with Windows Update for Business.

As part of our commitment to increasing transparency, the new Windows release health dashboard is now live, offering timely information on the current rollout status and known issues (open and resolved) across both feature and monthly updates.

The new dashboard provides a single page for each currently supported version of Windows so you can quickly search for issues by keyword, including any safeguard holds on updates, see the current status of each issue, and find important announcements.

The May 2019 Update provides the best possible update experience

Being on the latest version of Windows 10, the May 2019 Update, provides you with the latest features, more control over updates, and greater transparency for a better update experience.

We will continue to work to improve Windows 10 quality and will be closely monitoring and sharing how the rollout is going, including both the current status and issues via the new Windows release health dashboard.